Search Results for: label/Out of the Blue

When I was a kid, my shy personality prompted me to play a hide-and-seek game, ducking in the next aisle, when I saw someone I knew. It’s not because I didn’t like them, but I worried that they wouldn’t recognize me or notice me and I’d have to strike up a conversation.

My mom will tell you stories about me hanging onto her leg – literally – like I thought she could shield me from the world. There were these grocery store incidents and the days I didn’t want to walk out onto the gymnastic mat by myself.

{Why I thought pursuing gymnastics was a good idea remains a mystery. I’m not exactly small, thanks to half my genes coming from a former football lineman. But, hey, Mom was a good sport this way.}

I don’t really know when I grew out of the shyness. It was a process that happened as I found my voice in writing in high school and college. Regardless, I’m thankful I don’t usually want to cling to my mom’s leg now that I’m a grown-up girl with kids of my own.

Even so, the people who knew me when haven’t forgotten.

In 2007, my central Kentucky friends threw me {and my newborn adopted daughter Cate} a shower. My friends and family took turns sharing a memory. Yes, this kind of thing still makes me nervous. Maybe that’s just the shyness slipping back into existence.

When it was my mom’s turn at this baby shower when I was 28 year old, she reminisced about my shy days. I think she still likes to talk about it, but that’s OK because she always gets around to how I’ve grown up and grown out of that tendency: “Kristin was so shy as a kid. She didn’t speak to people and hung on my leg. But then she grew up and become a journalist. Can you believe it? She calls people who don’t want to talk to her.”

Indeed I’m not shy anymore. At least not like that little-girl shy. You still won’t find me in front of a big crowd speaking into a microphone. And while I’m raising a girl who is so much like me, I’m thankful she’s not shy. She’s the kid that talks to strangers when we grocery shop and has to be reminded to tell me good-bye before she gets out of the car at school.

The morale of the story is sometimes people will surprise you. My mom finds joy in me gaining enough confidence to move beyond her leg and be the reporter on the other end of the interview. Clearly I found something better to do with my life than become a gymnast.

Telling stories is my therapy and I love sharing them with friends on my porch.

The main characters in my stories are my entrepreneur husband, our ninth-grade girl who never forgets, our have-no-fear sixth-grade boy, and our joy-filled kindergarten girl. As we live out our stories, we seek God as the author of them all.

Learn more about my story here.

We went on a tree hunt yesterday and found a good,

We had a great time walking in the parade with @nc

He really likes the chocolate milk from @harvestcr

I feel like I have a million things to do, but tho

I get @bookbub emails everyday about ebook deals,

I really loved this historical fiction book (that

We made many memories in November. We traveled thr

As soon as I started reading the storybook that ac

They got their second doses and I got my booster! 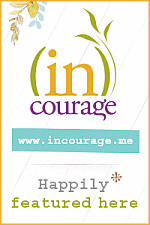